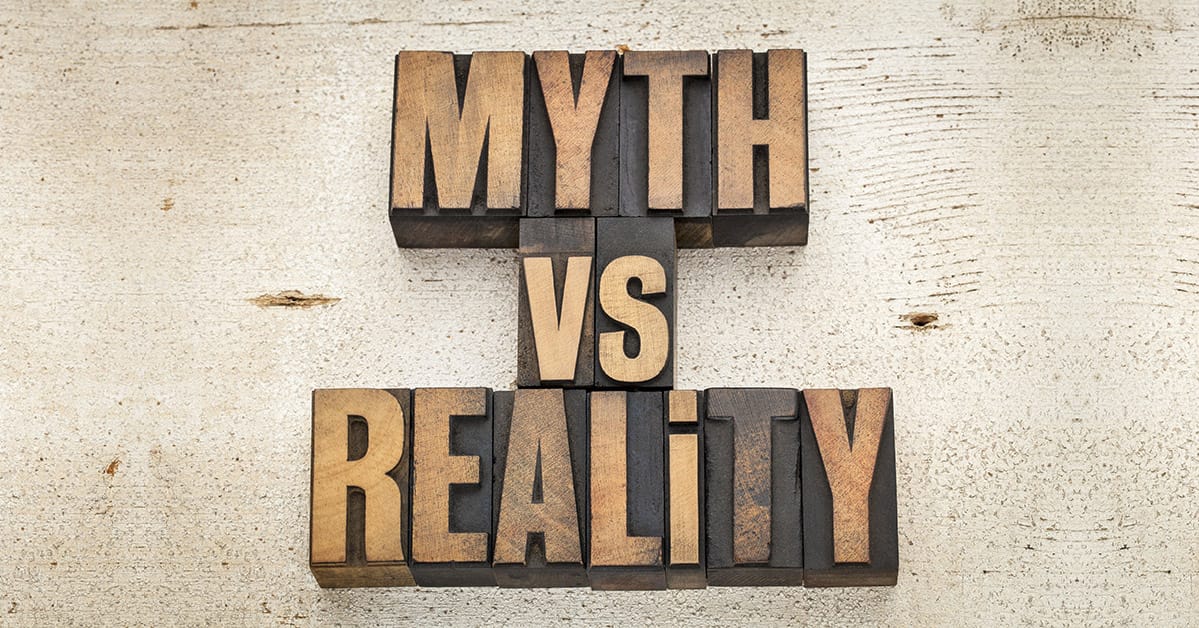 Some public speaking myths have been around for years. At first blush, many seem helpful. Others, however, are almost foolish. And I have no idea how any of these continue to be perpetuated. Hopefully, this post will help bring all of these myths to an end.

To become an excellent speaker, all you have to do is get more speaking gigs.

It’s true, the more you speak, the more experience you’ll have. But to say that all you have to do is go out and speak more, to me, is akin to saying, hey, if you want to be a champion downhill racer, all you have to do is go out and ski more. Indeed, you have to ski a great deal if you want to become a champion downhill racer, but you also have to know technique, how to deal with various snow and weather conditions, and a great deal more. You can’t just go out there and have at it. It just doesn’t work that way.

If you get nervous when looking people in the eye, just look over their heads.

Bad advice! Think if you were speaking with one person directly across from you, and while you’re talking to that person, you continuously look over their head. How do you think they’re going to feel? What do you think they’re thinking? Do they have confidence in you? Probably not. Are they wondering why you’re not looking them in the eye? Probably so.

The same is true with larger audiences — five people, ten people, 25 people, 100 people. If you’re looking over the audience’s head to the back of the room, they know you’re not engaged. And as a result, they won’t be engaged with you. Yes, it takes a lot of practice. Yes, it can be nerve-wracking until you get the hang of it. And once you do, what a difference it makes for you and your audiences.

Some people are natural-born speakers.

Except for a rare few people, I don’t know if anybody is a natural-born anything. Some people unquestionably have a gift that helped them, but they can’t rely on that. Take, for instance, a tremendous musician. My favorite is Eric Clapton, a world-class guitarist. He was born with a natural gift, no doubt about it. But he’ll also be the first to tell you how many hours — thousands of hours over five decades or so — that he has put into honing his craft. He didn’t rely on that natural-born ability because it wasn’t enough to get him where he is today.

When you look at someone and think, “Wow, they’re a natural-born speaker,” the odds are that they are not. You just haven’t seen how many hours they put in behind the scenes, who they worked with, or what they’ve done to make their craft seem natural for them.

So if you’re comparing your current status to that of someone who looks like a natural-born speaker, do yourself a favor and stop. You’re just where they were a while back. Learn to be an influential speaker and presenter, and someday people will be looking at you and saying, Wow, she’s a natural-born speaker.” And you’ll know the truth.

If you’re nervous, picture the audience members in their underwear.

This myth is my all-time favorite.  Who comes up with these things? If I were standing there, trying to picture people in their underwear, I wouldn’t be concentrating on engaging them. I wouldn’t be focusing on delivering my message. Instead, I would be concentrating on picturing them in their underwear, and I don’t even know if that’s possible. On top of that, why would you do it? If you ever hear anybody say this to you, just look them in the eye, nod your head politely, and don’t listen.

To be a powerful public speaker, all you need are two things. One is to know what you’re talking about. The other is to have the guts to get up there and say it in front of people.

The Japanese have a word for this. Do you know what it is? Karaoke. And how good is that? Nine times out of 10, karaoke is not all that good unless, of course, the audience has had three beers and a shot. So unless you plan on having your audiences drink three beers and a shot, you can’t rely on just knowing what you want to talk about, knowing your job, or whatever it might be, and having the guts to get in front of people and talk.

Speaking of drinking, that brings us to Public Speaking Myth #6.

It’s a good idea to have a drink or two before delivering a presentation.

Really? If that’s what it takes to help you deliver a presentation, you’ve skipped many steps. Please don’t rely on alcohol. It won’t help. Let me ask you this. If you were going to have surgery and your surgeon was a bit nervous, would you want him to have a couple of drinks before operating on you?

You can effectively evaluate your presentation by looking at yourself in a mirror while rehearsing.

No, I’m afraid not. You just can’t give 100% of your attention to your words and your delivery and also be critiquing yourself at the same time. It just doesn’t work that way. But that’s okay. You own the most effective tool ever for a public speaker — your phone, specifically, the video aspect of your phone.

Here’s what I tell my clients. Prop up your phone, hit record, deliver your presentation. When you’re done, review it … three times.

The first time, play it back with your phone facing down so you can only hear it. Make notes about your voice, inflection, pausing, not pausing, using fillers, distractions, things that went exceptionally well.

When you’re done, review it the second time. This time, turn the sound off and just watch it. Make notes about your body language. Are you pacing? Are you fidgeting? Are you making faces? Are you not looking out at the audience or, in this case, the camera? Are you using your hands too much? Not enough? Make those notes, make those adjustments.

The third time you review your video, watch and listen to it as you usually would. Again for a third time, make notes. Make the necessary adjustments. Prop the phone up once again, hit record, and deliver it. Then, start the process all over. You will see yourself as others see you. You will be able to graduate your delivery and your capabilities more quickly. Try it out. Let me know how it goes.

Winging your presentation helps it look fresh and authentic.

Nope, it really doesn’t. It makes it look like you’re winging it. It makes it look like you didn’t give thought to your opening, that you didn’t give consideration to that all-important closing, that you didn’t determine how you were going to transition from one point to the next. I call winging it showing up and throwing up. You’re showing up, standing there, and vomiting information on people with no idea how to convey your message best.

Speaking loudly is obnoxious and overbearing.

It is not!. Yelling is obnoxious and overbearing. But projecting your voice so others can hear you clearly is a necessity. Anything less than that and you’re making them uncomfortable as they strain to listen to you. Actually, they’ll question your confidence and disengage.

Be sure to project your voice. Speak from your diaphragm, pushing a lot of air over your vocal cords. As I tell my clients, make sure you speak 10 feet beyond the person furthest away from you. And it doesn’t matter if they’re older or younger. You have no idea what their hearing capability is.

Projecting your voice is not obnoxious nor overbearing. It’s the right way to deliver a presentation.

To be an engaging presenter, you just need to be passionate about your topic.

Oh, if that were only the case. We would all be tremendous presenters. Unfortunately, it’s not that easy. As you’ve read, there’s more to conveying your message than getting in front of people and talking. No matter how passionate you are, you have to have structure. You have to know what you want to say. I don’t mean just knowing your product, or your service, or whatever, but the particular content that you want to deliver in a specific way that will resonate with your audience.

Well, that’s ten public speaking myths, and truthfully, there are many more we could discuss. Maybe in another article, we’ll delve into those. 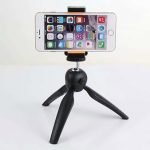 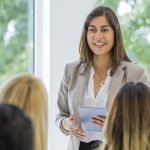 Give Yourself and Your Pitch the Greatest Opportunity to Succeed