Subscribe to the Public Speaking: Your Competitive Advantage Podcast

Warren Buffett, Bill Gates, and Richard Branson each point to public speaking as the most valuable business skill for building a career. Going even further, Buffett, the billionaire investor and chairman of Berkshire Hathaway, whose every investment is analyzed and scrutinized, has stated that developing his public speaking skills is arguably his greatest investment.

Why would he give so much credit to a “soft skill”? Buffett has answered that question, saying he realized at a young age that for others to understand his visions, objectives, and initiatives and to get the greatest return on his efforts, effective communication would be essential.

How to Boost Your Exposure Through Guest Podcasting with Case Lane

The interest in guest podcasting is growing, and opportunities to increase your exposure and credibility abound, but, if you’re like many perspective guests, you do not know how to reach podcasts without using an expensive PR agency, insider network, or extensive influence.

In this episode, Case Lane helps entrepreneurs, writers, and professionals deliver value to podcast audiences by recognizing the importance of speaking on podcasts to deliver a message, promote a product, and enhance authority in a subject area.

When you’re developing a presentation, there’s no doubt that you give thought to the words you will use to convey your message. But how often do you consider when you’ll pause during your talks? My guess is seldom, if ever. Hopefully, that will change after you learn how the often-ignored pause can transform what would otherwise be a rambling monologue into an engaging and interactive presentation.

In this episode, you’ll discover seven ways to implement pauses in your upcoming presentations so you and your audience members will have greater interaction … even when they can’t respond out loud.

Tips That Will Have You Speaking With Confidence

Whether you’re presenting in meetings, in court, in sales situations, or on stage, it takes your audience just a few seconds to assess your level of confidence. How would they rate yours? In this episode of Public Speaking: Your Competitive Advantage, you learn several easy-to-implement tips that help you build confidence in yourself and your presentations. These tips include verbal communications, nonverbal communications, rehearsing, and more.

3 Simple Ways to Add Impact to Your Presentations

Ready! Set! No! Not Quite Yet!

One of the biggest mistakes people make when it comes to presenting is delivering their talk without rehearsing. They believe, “I know what I’m going to say, so I’m all set.” But for those who want to engage, persuade, and inspire others, rehearsing is part of their preparation. They wouldn’t skip this critical step. Tune in and learn not only the value of rehearsing, but also hear how you can make rehearsing easier and more effective.

Be as Professional on Zoom Meetings as You Are in Person

We’re spending more time on Zoom than we could have imagined. It’s not only a new format for many of us, but it’s a whole new animal — one that’s difficult for some to tame. Zoom meetings aren’t going to end soon, so listen to these seven easy-to-implement tips that help you be as professional in virtual meetings as you are in face-to-face meetings.

How This Simple Shift Benefits Your Audience

In this brief episode, you learn how you can quickly differentiate yourself from other speakers, more effectively engage your audience, and have your audience understand what they’ll learn by listening to you. This is a winning technique you’ll want to use, whether you’re presenting in meetings or on stage.

Some public speaking myths have been around for years, and I have no idea how they continue to be perpetuated. But I do know that when people believe them, they are much less likely to deliver meaningful, persuasive presentations. Listen in and hear if you’ve been taking any of these myths as fact, and if you have, you can stop believing them and start delivering presentations that resonate with others.

Transitioning to a Full-time Speaker With Clint Pulver

Leaving a steady, secure job behind and transitioning to being a full-time speaker can be a nerve-racking undertaking, but it’s well worth the effort and stress. If being a professional speaker is in your future, be sure to tune in and listen to sought-after speaker Clint Pulver explain how he successfully made the move and the advice for others who want to make the jump.

Catapult Your Speaking Career With a Book With John Jantsch

Whether you are beginning your speaking career or are a veteran, writing a book on your subject may be one of the most advantageous things you can do to showcase your expertise. In this episode, John Jantsch and I discuss how writing a book could push your speaking career forward. As you’ll discover, it’s a daunting undertaking but is well worth your time and effort.

Public speaking is a craft — a craft that no one really masters. In this episode, award-winning speaker and best-selling author Joey Coleman explains how it’s a constant work in process and progress. Tune in and listen as Joey shares how he has shaped his craft and how it has shaped him and how it can do the same for you.

Contrary to what many people may think, speaking is a demanding profession. Developing your skills to the top of your game can be arduous and challenging. Listen in as Certified Public Speaker Sima Dahl shares her journey, discusses its rewards, and encourages you to do what it takes to achieve your goal of being a professional speaker.

Learn How Scott Ginsberg Built a Brand in an Unlikely Way

What happens when you wear a nametag 24/7? Even to bed? Just ask Scott Ginsberg. In the beginning, it was just a gimmick to make friends. But soon, his crazy idea didn’t seem so crazy.

Have Your Customers Build Your Business With Jay Baer

We all know how beneficial word-of-mouth marketing is, yet only 1% of businesses have a word-of-mouth strategy. This is because many believe that being competent in our professions inspires people to talk about us and our businesses. Oh, if only this were true. Jay Baer, Hall of Fame speaker and author of the best-selling book  “Talk Triggers,” explains how you can use talk triggers and other tactics to grow your business.

Being Driven Can Overcome Many Challenges With Suzanne Evans

Is being a speaker one of your goals? Then you’ll want to listen to this episode where Suzanne Evans, president of Driven, Inc., shares her experience and advice to up-and-coming and established speakers alike. Learn how perseverance and determination are prerequisites for achieving this exciting objective.

Storytelling has the power to educate, entertain, and connect with your audiences. It’s also an art — an art to be studied, practiced, and polished. Whether you are an entrepreneur, executive, lawyer, or salesperson, sharing well-crafted stories helps you make an emotional connection. Learn more from Dr. Ivan Misner, one of the most engaging storytellers I know.

How to Identify, Sharpen, and Champion Your Most Important Points With Joel Schwarztberg

When developing presentations, we often confuse a point with a title, a topic, an idea, or a theme. In this episode, Joel Schwarztberg discusses how a point is something more. It’s a contention you can propose, argue, illustrate, and prove. It creates a position of value. Joel not only clarifies what a point is, but he also shed light on how to determine if what you’re saying is a point or if it falls short. If you want to reach your audiences more effectively, turn in and listen to Joel’s point.

Whether you’re new to the craft of public speaking or an experienced veteran, you face a multitude of opportunities and challenges. In this episode, highly-sought-after speaker and best-selling author Bob Burg shares how he got started in the speaking business, the biggest challenge he faced on his way to becoming a captivating and purposeful speaker, and his most significant piece of advice he can offer to up and coming speakers. You definitely want to hear Bob’s advice.

Download more than 50 FREE easy-to-implement Public Speaking Tips that help you develop a competitive advantage over your competition. 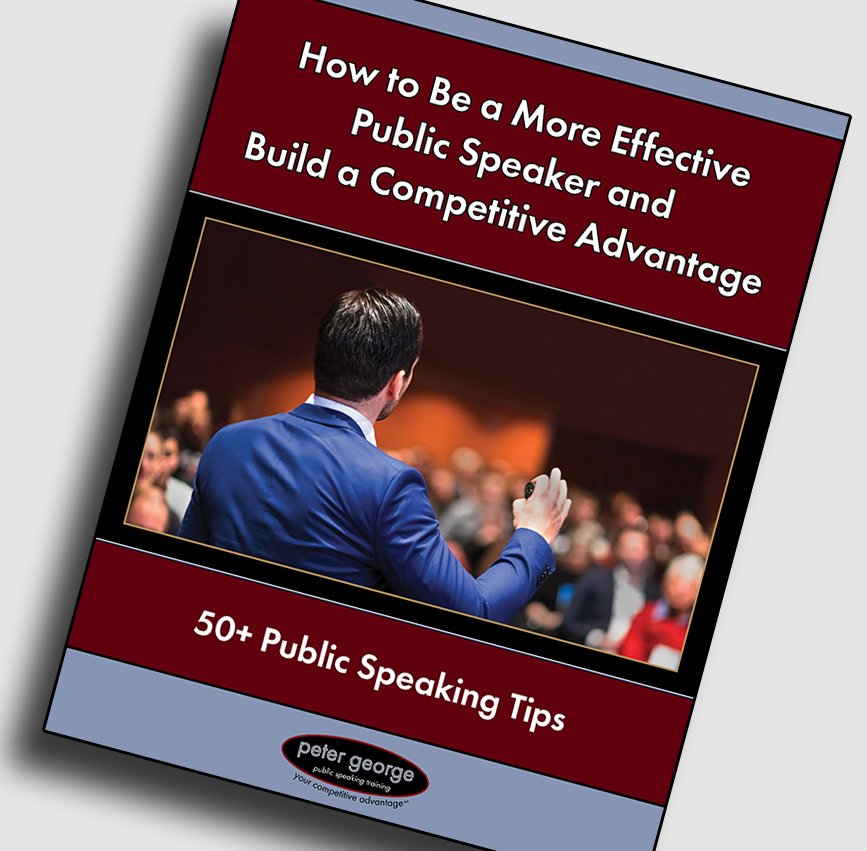 No thanks, I don't need my free tips!